For many years the members of Police Helping People Daily (PHPD) set up the train display in the municipal building during the Christmas season, for all to come and enjoy.  PHPD is made up of active and retired Penn Hills police officers and staff.  As the years passed the display began to see a decrease in visitors.  It was decided that the display would come to an end after the 2014 holiday season.

In 2015 the group organized an auction to sell off all of the trains, platforms and displays.  This past December the PHPD donated $2000.00 from the sale proceeds to the Greater Pennsylvania and West Virginia Make-A-Wish® Foundation.  PHPD has been donating to Make-A-Wish since 1989 and has donated over $40,000 to their foundation, only asking that the donations be used for children in the program that reside in Penn Hills or Verona. 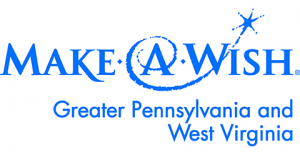 On January 14, 2016 Make-A-Wish sent a letter sharing thanks for the donation, but more importantly, describing the opportunities that donations to their organization make possible, like how a four-year-old Verona child with sickle cell anemia was able to enjoy a trip to Walt Disney World to see her favorite Disney characters.  Thanks Make-A-Wish for operating such a wonderful organization!

Make A Wish Letter (Certificate of Recognition and thank-you letter)