Officer Klobucher and his new partner “Rap” began working together in the spring of 2015.  Sadly, his former partner “Diesel” was diagnosed with a serious medical condition and was put to sleep on February 8, 2015.  Rap is two years old and is a male Dutch Shepherd from Holland.  Officer Klobucher has been assigned to the Canine Division for over ten years and has handled two other police service dogs, “Nero” and “Diesel.” On July 24th, 2022 Officer Klobucher and his K9 partner Rap retired from the department. 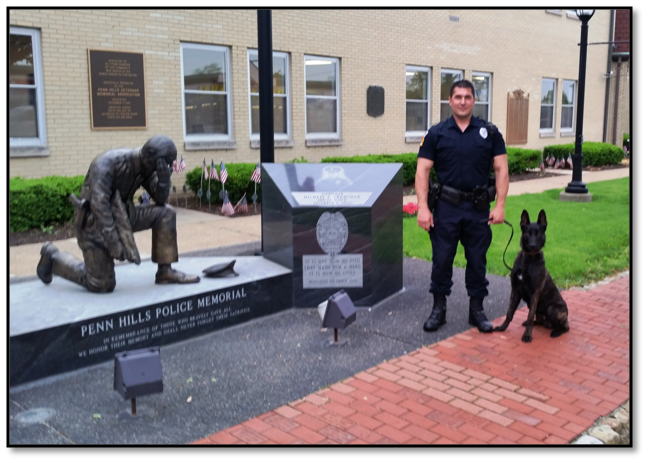 “Riggs” is an eight-year-old male Dutch Shepherd who was born in Holland.  He and Officer Walters started patrolling together in 2009.  This is Officer Walters’ first police service dog that he has handled with the department. 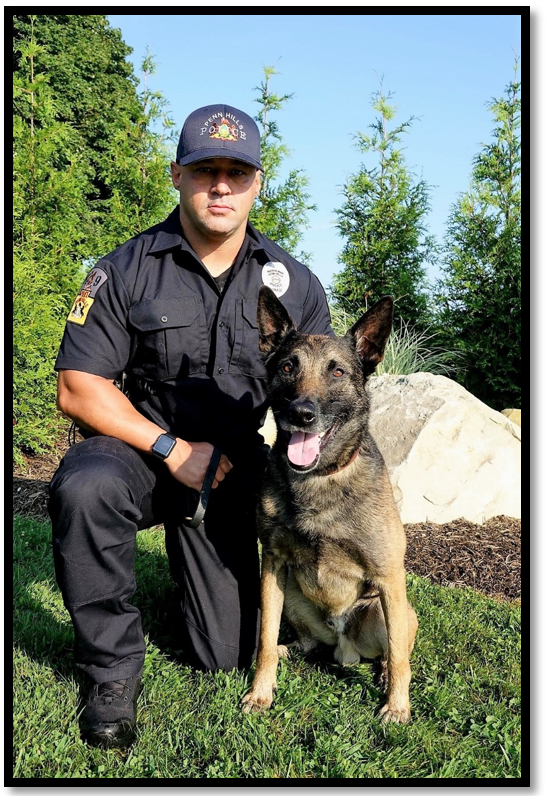 Officer Bonace is the newest member of the Canine Division.   He recently teamed up with “Kenzo,” and the two hit the streets in July of 2017, after completing six weeks of training together.  Kenzo is a two-year-old male Belgian Malinois born in Holland.