Sergeant Schrott became a Penn Hills police officer on July 29, 1950, and faithfully served the community for more than twenty years.  On Saturday, March 25, 1972, he was working an extra-duty detail at GC Murphy store in the East Hills Shopping Center when a suspect entered the store with the intent to commit a robbery.

Sergeant Schrott and Officer Connolly were laid to rest several days after the incident.  A large funeral ceremony was held for both officers, with officers from more than one hundred police departments attending the service.  Sergeant Schrott was forty-nine years old at the time of his death.  A wife and three children survived him. 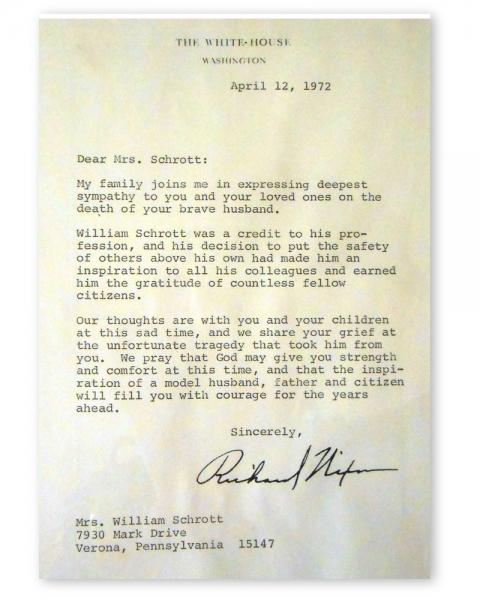 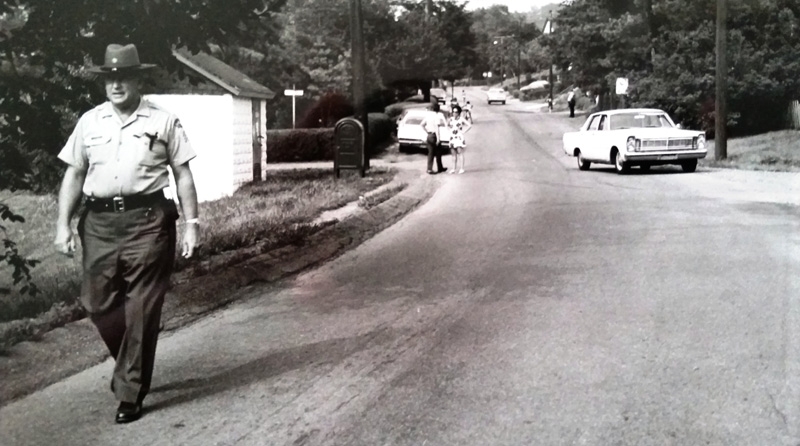