Today, Lieutenant Anthony Diulus finishes his career with the Penn Hills Police Department, having served the community for the last 28 years.  We would like to take a moment to recognize Lieutenant Diulus for his many years of service with our agency.

Anthony Diulus was hired on February 17, 1992 and began his career in Penn Hills as a patrol officer, having previously served as a police officer with the City of Pittsburgh Housing Authority Police Department.  Anthony worked as a patrol officer for many years before being appointed to the position of Detective.  He served as a detective in the General Investigations unit for several years, investigating many important cases in that role.

Following a successful career in the investigations division, Anthony was promoted to the rank of Sergeant in 2013 and returned to the Uniform Patrol Division to supervise officers in the field.  In 2015, he was promoted again to the rank of Lieutenant, where he assumed command of patrol operations.  Lieutenant Diulus has remained in charge of the entire patrol division for the last five years, serving in a vital role that helps ensure the effective delivery of police services to the community.

Tony, from all of us at the PHPD, we wish you the very best in your retirement.  Your many years of service protecting and serving the residents and visitors of Penn Hills has not gone unnoticed, and we extend our sincere thanks and appreciation for your hard work for nearly three decades. 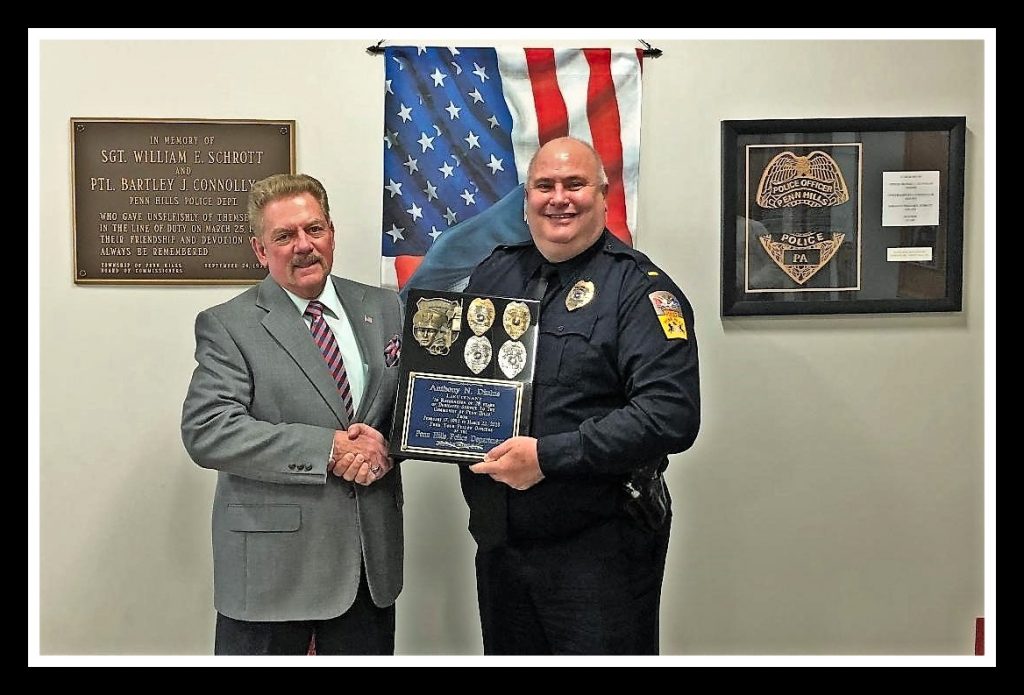