On June 18th 2021, Officers Cullen Bugel and Evan Mignogna graduated from the Allegheny County Police Academy. Chief Burton was selected as a speaker/award presenter for the graduation and presented the officers with their graduation certificates.

Officers Bugel and Mignogna graduated following six months of intense educational and physical training. Both officers were among the select few members of their class to receive awards at the graduation. Officer Bugel was chosen as most likely to succeed and Officer Mignogna was awarded for driver proficiency and selected as the speaker for his class. 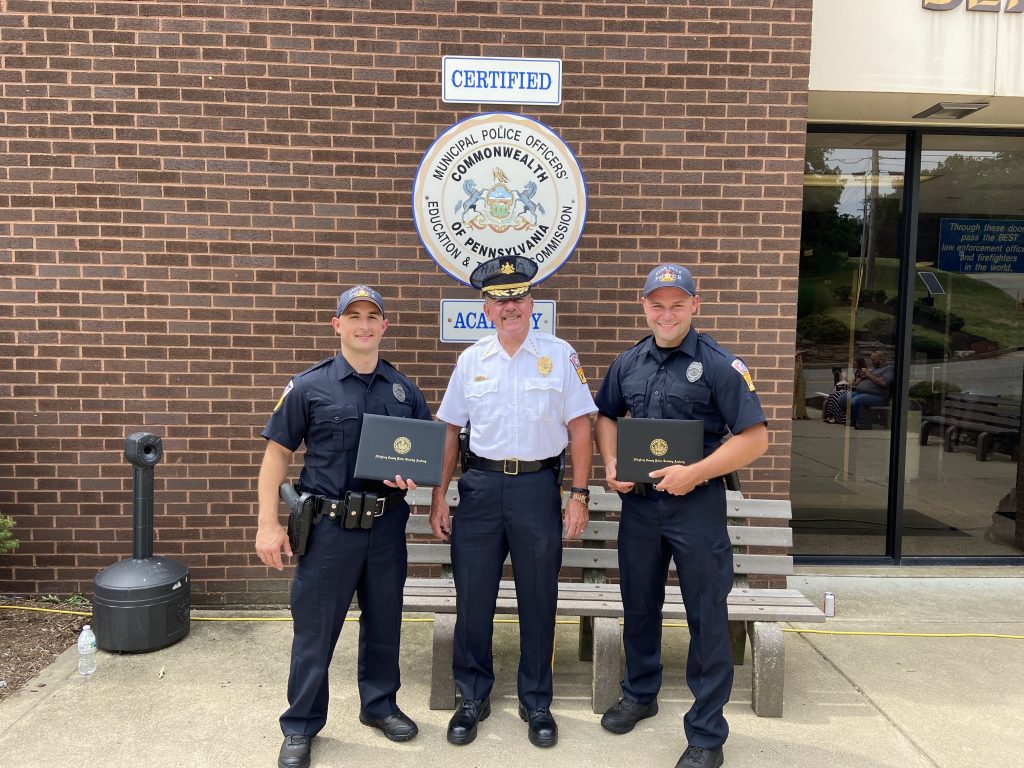